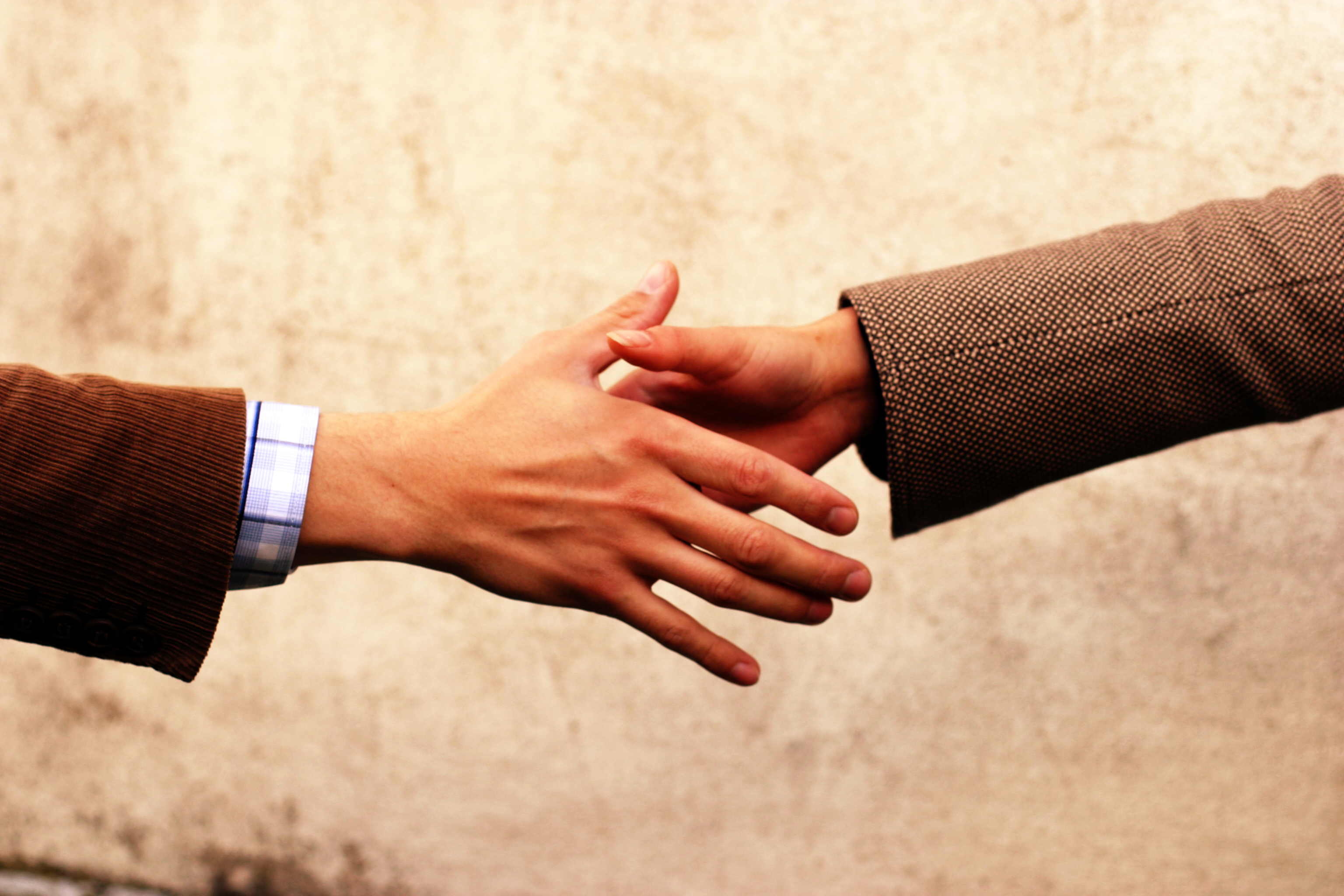 How to Deal With Cultural Differences in an Organization

As a leader in any organization, you are highly likely to encounter cultural differences – deal with employees who do not share the same culture with you. Outside these, you will also have to deal with customers, vendors, agencies that may have extreme or slight cultural differences across board and, if you are playing in a local or global market, there are bound to be social interactions with culturally different market participants.

The extent of depth through which the differences run may differ for local markets and global markets. How then, do you manage these differences without unconsciously going beyond the boundaries of standard social interactions and work relationships?

In her book, The Culture Map, Erin Meyer discussed the 8 scales leaders can use to relate with people outside their cultural demography. It clearly highlights the stark differences between country cultural differences and behaviors and how these can affect leaders across all industries and sectors. This knowledge becomes even more important for leaders who have international work affiliates, partners and businesses and are finding it hard to balance the scale in order to find the common ground for standard work interactions – interactions that clearly take into context the cultural and social backgrounds of other participants.

Erin created a cultural map around the following scales: 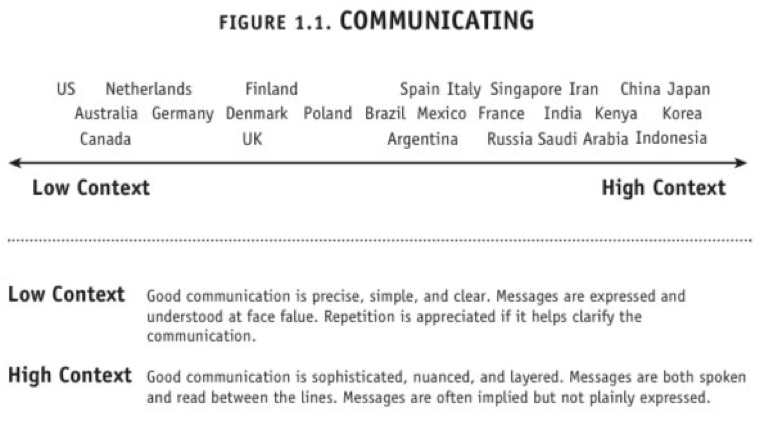 A leader will not get the same results by using the same style for nationalities on the two distinct extremes. If he makes his message layered and implicit, he will likely get better response from a Mexican follower than he would from say… a Canadian.

In giving feedback, leaders cannot afford to be on one side of the scale, especially in a multicultural, diverse organization as what works for each individual varies and using the wrong kind of feedback relay method for the wrong individual will affect morale and consequently lower productivity.

On the two extreme ends of Erin’s Evaluating scale, there is the Direct Negative Feedback extreme and the Indirect Negative Feedback extreme. While an American may be indifferent to the kind of approach adopted, an Australian will likely react negatively to indirect negative feedback or even be ignorant or be unsure of the information to pick from the feedback provided. 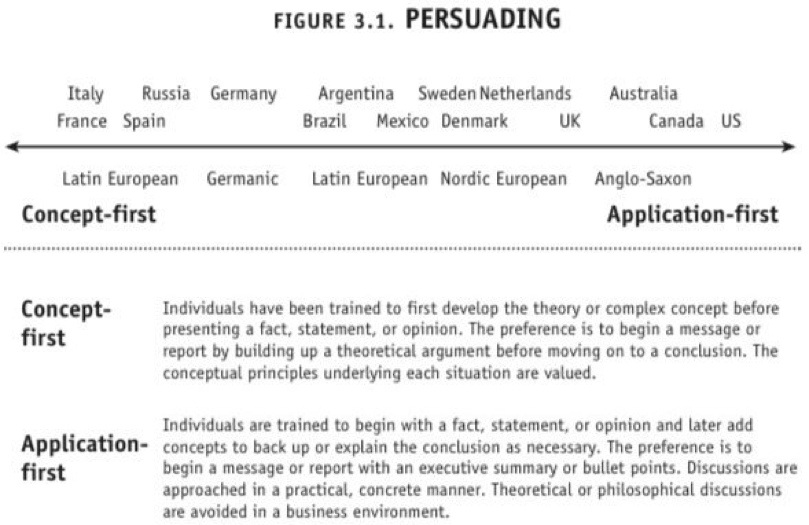 For a leader to effectively introduce change into an organization, there is need to identify the culture dynamics of the followers and understand how this affects the openness to change or the idea of change. For some followers, providing a theoretical approach or working with assumptions (The Concept-First Approach) may never work.

These followers are interested in the facts of the case; they want concrete figures, realistic outcomes and facts-backed opinions. They also want to know what to expect even before the theory is developed. These people will favor the Application-First end of the Persuading scale. A leader must be able to reach across to everyone involved in the decision making by understanding the more effective method of persuasion for each individual and creating a case on that platform. He may also present his case on both platforms or find a way to combine both into one presentation that either side can identify with.

Decision making will closely be related to the kind of leading background the leader comes from. As a leader, if you come from a hierarchical culture, chances are high that you would make all the decisions without consulting the followers (and you are likely to favor a more transactional approach to leadership). However, if you are from an egalitarian background, you are highly likely to seek the opinions of others in your team before you take the next course of action.

In this case, it is best to be as open-minded as possible. In the end, you will make the final decision but, be willing to hear ideas that followers bring to the table. 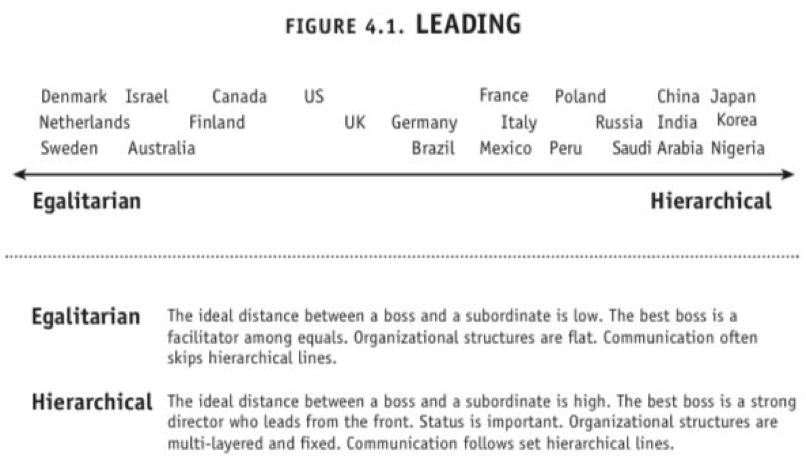 Leading is not a one-shoe-fits-all job and a leader has to understand that leading a multicultural organization means that he needs to show a lot of tolerance and exhibit high level of flexibility in dealing with his followers.

On the Egalitarian end of the scale, the leader is just a little different from the follower; the organizational structure does not give room for the kind of distance that the hierarchical end of the scale provides and this may be reflected in the relationship between leader and follower and in the style of communication adopted (whether chains of emails and memos or just a simple phone call straight up to the top).

On the Hierarchical end, status and order is greatly revered and the distance from the bottom upwards is a long one with different levels and chains of commands. Everything has to be done through the standard process and communication style is ordered and multi-layered (it goes from a level of authority to the next; skipping of levels is not allowed). 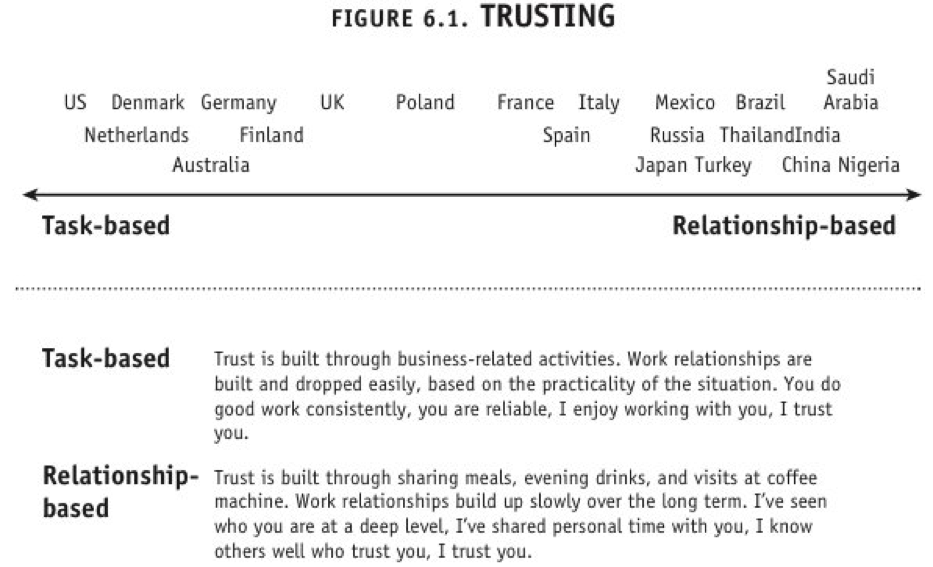 To earn the trust of your followers as a leader, you cannot strictly follow the patterns of trust building in your culture. It may work for some but will not work for all.

Some people build trust over a cup of coffee, morning runs, etc. These people take time to develop trust and will favor the relationship-based end of the scale. Others, on the other hand, build trust strictly via work relationships (Trust is task-based). They trust based on the work interaction they’ve had with the leader and the joint tasks and projects completed successfully. If the rate of work success is high, the level of trust goes up and vice versa. 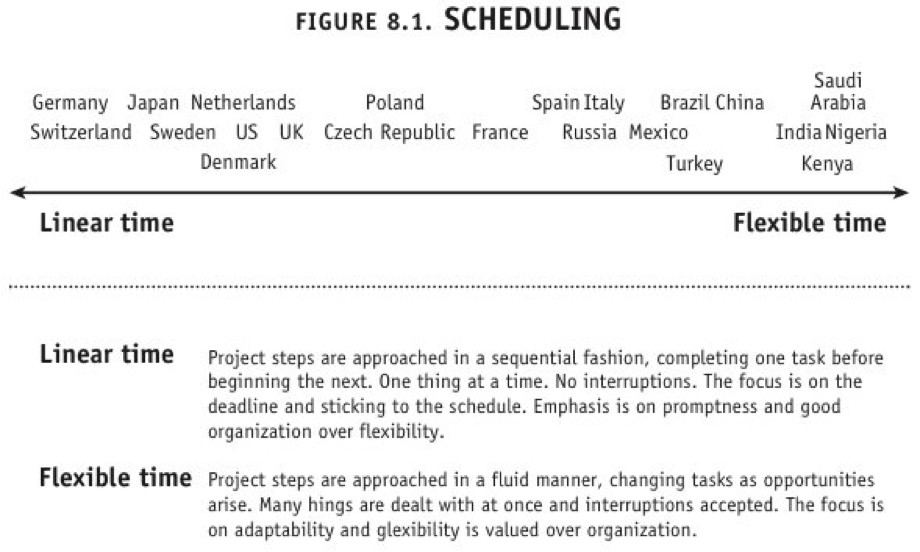 This relates to the followers’ understanding of the concept of time and how they respond to timing in their various cultures.  It also looks at the way projects are completed and tasks handled. While those on the linear end of the scale would rather work in a straightforward manner and take on the project, one task at a time. People on this end are focused on organization and ensure that tasks are completed within the given deadline – no diversions, no delays.

Those who favor the flexible timing end are disorganized in their approach to handling projects and completing tasks. They may start out organized but would often end up taking on too many tasks as new ideas come up and new opportunities arise. They also favor flexibility in the completion of tasks and are highly likely to have trouble completing tasks within given deadlines.

If your followers are on both ends of the scale, the best thing to do is to group them in teams based on their approach to tasks and manage the overall process, especially for the ones that can easily lose track of time. 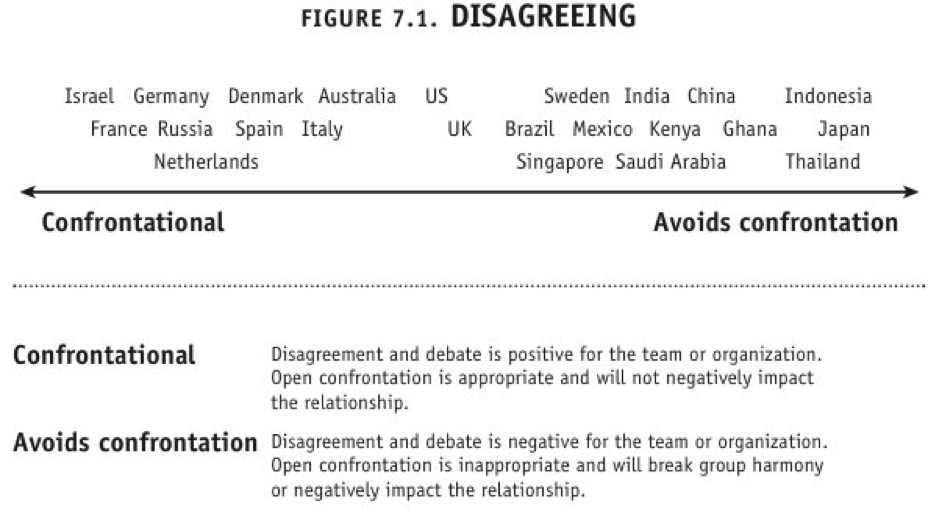 To know how to engage your team competitively and help them resolve conflicts or address confrontations, it is important to study the overall attitude of the team to these issues and know the kind of approach they are open to. For a team that enjoys confrontations, they will bond over open confrontations.

They enjoy debates and are usually competitive in nature. If these are lacking, they may lose their competitive spirits and this may affect their level of productivity and hamper their initiative and potential.

However, some people are averse to open confrontation and would do everything possible to avoid debates, regardless of how healthy these debates are. They shy away from the spotlight and are usually more effective when they are allowed to work quietly and facelessly behind the scene. If the leader works against their nature, the result can be counter-productive and this will hinder overall team effectiveness and reduce their involvement in tasks that can open them up to these scenarios.